Radiotherapy is not talked about as much as chemotherapy – especially on platforms dedicated to breast cancer advice. A lot of people worry about the side effects of chemo, with rads almost an afterthought because it is seen as the last hurdle to overcome in the treatment journey. If I’ve read ‘It’s a walk in the park compared to chemo’ once, I’ve read it a hundred times. I’m going to be honest, I’d rather have had another chemotherapy session than suffer the skin care nightmare I am currently going through.

I had Taxotere, Carboplatin, Herceptin and Perjeta for six months last year. No, it wasn’t pleasant – but neither was it the horror story I thought it would be. Wrongly, I assumed I’d sail through radiotherapy in much the same way. When it came to actually having the treatment, I did. In fact, after being stuck indoors for the best part of 13 months, it was great to be back in a routine again. Treatment took just minutes, and the staff were great. The worst part was feeling alone and vulnerable, stretched out on something akin to a torture rack while space age-looking machines whirred and buzzed around me.

I had 15 sessions, spread over three-and-a-half weeks. They finished two weeks ago. I ended the treatment with my skin intact, albeit a bit pink – especially under the arm and above my scar towards the collar bone. I attribute the lack of blisters at that stage to the religious application of MooGoo Skin Milk Udder Cream morning and night and an aloe vera gel immediately after each session.

The Days After Treatment Finished

In the immediate aftermath of radiotherapy, my skin felt sore. This made it difficult to wash. I got around the problem by washing my hair with aloe vera gel and letting it run down over my body in the shower. I bought some moisturising Simple shower gel but have yet to use it. All my towels have been boil washed and tumble dried to ensure they are not just clean but soft.

I had to stop using the aloe vera gel because it was sticky. Although I have only worn loose T-shirts, they still stuck to the skin and it was painful to peel the material away. All the while, my skin was turning redder and redder – in the exact rectangle shape of the bolus used during every session. The underarm area went grey. At the same time, the Moogoo started to present a problem. While probably the best moisturiser I have ever used, I couldn’t rub it in (the skin was too sensitive). Because of this, it was turning into soap-like bobbles and forming a flexible crust. It was worrying me, so I hastily ordered a big tub of lighter E45 cream (not lotion) from Amazon. What a relief!

Here I am, ringing the bell on the day I finished radiotherapy.

The redness peaked at around 13 days after treatment. I am going to be honest, my skin looked raw. It reminded me of a photo a fellow inflammatory breast cancer patient shared on a Facebook group I am in. I remember thinking when I saw it, I hope my skin doesn’t go like that. It made me shudder. Sadly, it did go like that. In fact, exactly like it.

It’s day 15 today. I fancy, the redness is starting to subside – slightly. Unfortunately, there is a particularly sore bit under my arm where there is a bit of crustiness. There isn’t any weeping and it does not appear to be infected, but I will have to keep an eye on it. I continue to use E45 three times a day.

Some radiotherapy units provide patients with creams, others don’t. Mine didn’t. There seems to be a reluctance to recommend specific products for this treatment – in 2021. Surely, by now, a cream should have been developed that limits skin reactions and is actually recommended by the NHS? Many breast cancer patients have raved about R1 and R2 creams, but just as many GPs and radiographers claim never to have heard of them. These creams are expensive and not currently available to buy privately in the UK (due to selling out). I did not ask my GP to prescribe them, but in hindsight…

The past five weeks of my life have been spent applying creams and drinking water. I reckon, it’s going to be another two weeks before I properly start to see an improvement. So, no, radiotherapy is NOT a ‘walk in the park’. It needs to be talked about a lot more and better, results-driven advice given to those about to undergo it. I’ve spent more than £100 on aloe vera gel, Moogoo and E45. I am thankful not to be covered in blisters or have broken skin, bit it still isn’t pleasant.

Surgery was the easiest part of my treatment. I had a total mastectomy and node clearance – and was home the same day. (I think that was because I was OK and they wanted to reduce the number of overnighters because of the pandemic). The operation followed my chemo. I had chemotherapy first because inflammatory breast cancer is like candyfloss in the skin and can be hard to remove with clear margins. I am a fan of chemo (never thought I’d be saying that), because it immediately reduced my main symptom (pain) and, ultimately, killed the cancer – I had a pathological complete response.

Here’s to a recurrence-free few years. Radiotherapy, for me, has been a tough end to a really, really tough journey.

UPDATE: The redness – and soreness – started to properly subside after a ‘peak’ that lasted around four days. I did not blister and there were no skin breaks. I credit this to the use of Moogoo. I am one month the ‘other side’ of radiotherapy and just have a tan mark where the bolus was positioned. I am still moisturising morning and night.

Today’s note to readers: So, there you have it – my not-so-pleasant end to cancer treatment, bar five Herceptin jabs. One of them is at lunchtime today. The winner of our spa set in a jewellery box competition is being announced at around 3pm. We had more than 700 entries!

This is me, the week I was diagnosed on a cold, sunny day in January last year. I can’t wait to get back to looking like the old ‘me’. My hair is currently about two inches long and curly! The inset image at the top was taken just after Christmas.

Magical, mythical and beautiful, unicorns are the stuff of rainbows and dreams. Enchanting to people... 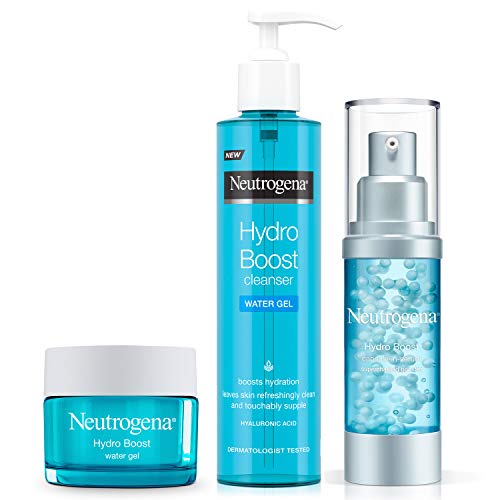 Dry skin isn’t just uncomfortable, it can add years to your appearance. Failing to keep...

Aloe vera gel is one of the most versatile skin care products on the planet....

I thought bobbly bits of skin on the tops of my arms and outer thighs...

Let’s face it, stress is part of every-day life. Very few of us can avoid...

Asian skin care products are popular because they are often less expensive than their Western...

Has someone you know recently been diagnosed with cancer? Want to buy them a gift...

Insomnia can impact anyone, at any age. As well as being exhausting, it often has...

Signup To Our Newsletter

Get the latest information on the best deals at the cheapest prices.

Thank you for subscribing.

We respect your privacy and take protecting it seriously

We use cookies on our website to give you the most relevant experience by remembering your preferences and repeat visits. By clicking “Accept”, you consent to the use of ALL the cookies.
Cookie settingsACCEPT
Manage consent

This website uses cookies to improve your experience while you navigate through the website. Out of these, the cookies that are categorized as necessary are stored on your browser as they are essential for the working of basic functionalities of the website. We also use third-party cookies that help us analyze and understand how you use this website. These cookies will be stored in your browser only with your consent. You also have the option to opt-out of these cookies. But opting out of some of these cookies may affect your browsing experience.
Necessary Always Enabled

Any cookies that may not be particularly necessary for the website to function and is used specifically to collect user personal data via analytics, ads, other embedded contents are termed as non-necessary cookies. It is mandatory to procure user consent prior to running these cookies on your website.